On June 26, the REAL Blockchain Summit sponsored by Slibrary, US Federal Department of Commerce, NOVAONE Venture Capital Association and Wanchain was successfully held at the Innovation Application Center of the University of California, Irvine Bay.Nearly one hundred industry experts, representatives at outstanding projects and funds from China and the United States gathered in Los Angeles-Irvine, where blockchain projects and funds gathered, to explore the technological innovation of blockchain and the new trend of token economy.

It is reported that this is another stop of the Slibrary’s Global Strategy Tour after entering Singapore.With an international perspective, Slibrary is building a platform for the collision and integration of high-quality project ideas at home and abroad, thus contributing to the development of China’s and even the global blockchain industry.

In his opening speech, Daniel K. Sieu, director of the Southern California Branch of the Minority Business Development Agency of the Federal Department of Commerce of the United States, expressed his recognition of the REAL Chain Summit held by the Slibrary, and looked forward to discussing the core value of technology and exploring the changes in future business models and quality of life by experts from China and the United States.

Director of the Southern California Branch of the Minority Business Development Agency of the Federal Department of Commerce of the United States.

Yan Li, founder and President of Slibrary, shared her views on digital economy in her speech.She believes that only when the technology of blockchain conforms to the business logic and empowers the industry, can valuable good companies and projects be born.In 2019, Slibrary is committed to provide one-stop marketing communication, media distribution, brand public relations, community building, capital docking and more international services for outstanding global blockchain projects and teams. 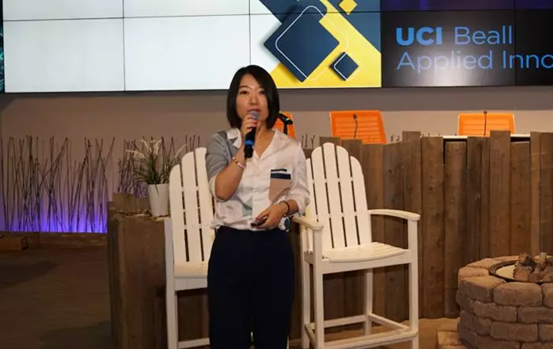 Chen Xiaohu, CEO of MOAC, also put forward similar views.He believed that the scalability of blockchains can be solved by hierarchical structure. The most urgent task was to build a platform that can support the actual commercial use based on technology and application.

Lu Xujun, the founder of the Wanchain, believes that the development of the blockchain can not be separated from the construction of the underlying financial infrastructure of digital assets. Cross-chain technology can realize the interconnection and interoperability of different blockchain networks, record complete cross-chain transactions and maintain detailed intra-chain transactions.

In addition, the recent release of Libra White Paper by Facebook triggered a heated discussion among guests.David Moss, the founder of StrongBlock, said in an interview with Slibrary that Facebook’s Libra is an amazing project that opens the door to encrypted currency and digital cash for a wide range of users and has a great chance of success.

Chris Kameir, managing director of Sustany Capital, expressed a totally different view of Libra’s future.He argues that Facebook actually pretends to create an encrypted currency called Libra, but it has nothing to do with the blockchain. One reason is that Libra’s membership is mainly made up of profit-making organizations. Participation in the organization is not beneficial to them in achieving their profit goals, and members will quit, making it difficult to really land.

During the round-table discussions at the summit, participants shared their latest views on the technological progress and application development of blockchain technology and token economy in various industries.

Since its inception, NovaOne has devoted itself to the construction of South California Venture Capital Community with technology development as its core, focusing on exploring high-quality and new projects with sustainable development potential, and helping teams who really study technology to solve a series of entrepreneurship problems such as financing, market and so on.Our assisting areas include life sciences, biomedical, artificial intelligence, the Internet of Things, communications, blockchains, etc.In order to better fulfill this mission, NovaOne has established the NovaOne platform, NovaOne professor alliance and NovaOne investment circle.

The Minority Business Development Agency of the U.S. Federal Department of Commerce is a federal government agency established in 1969 at the initiative of U.S. President Nixon. It is dedicated to promoting the economic development and global competition of ethnic minorities including Asian, Latino and Pacific Islander peoples.MBDA has 42 branches in the United States, of which Pasadena Center serves the development of ethnic minority enterprises in Los Angeles, Santiago and other regions, the transfering of Sino-US projects, and global investors.

Wanchain is an asset cross-chain + privacy protection + Intelligent contract. The three major features of Wanchain are to build a cross-chain digital asset infrastructure platform, which achieves the connection and value exchange of different blockchain networks in a decentralized way, allowing any individual and institution to create decentralized applications based on Wanchain.As the first cross-link between Bitcoin, Ethereum and ERC20, the Wanchain is making every effort to promote the development of a fully decentralized PoS consensus mechanism. The yellow paper on galaxy consensus technology was officially released on April 1, Beijing Time, and is scheduled to be officially launched on the main network by the end of 2019.At the same time, Wanchain, together with Telefónica and RIVETZ, Europe’s largest mobile operators, provides blockchain-based mobile security solutions.According to the plan, Wanchain will gradually implement the cross-chain connection with the main public chains and alliance chains of the industry.Wanchain adopts a global ecological operation and currently has offices in Beijing, China, Austin, USA and London, UK.